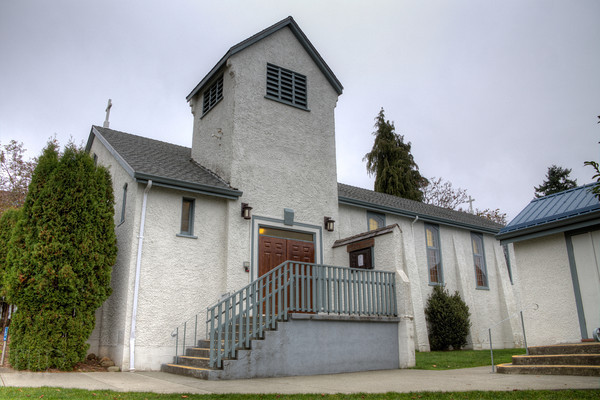 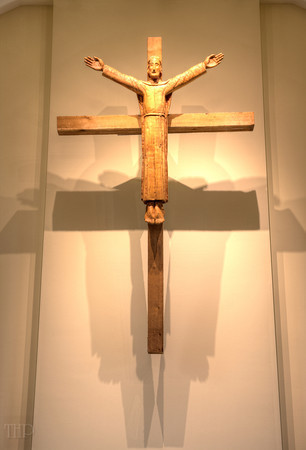 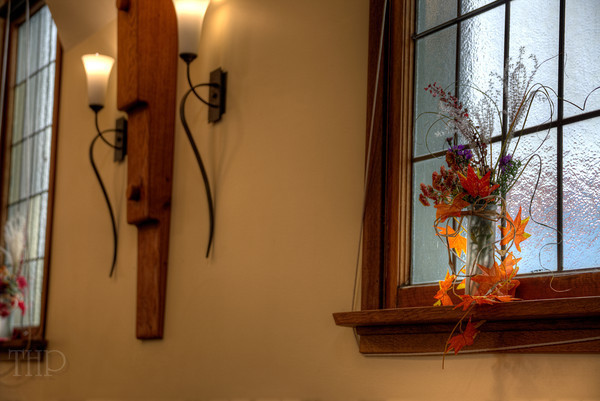 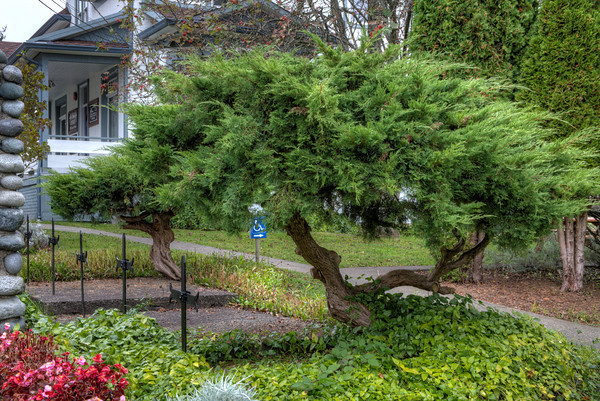 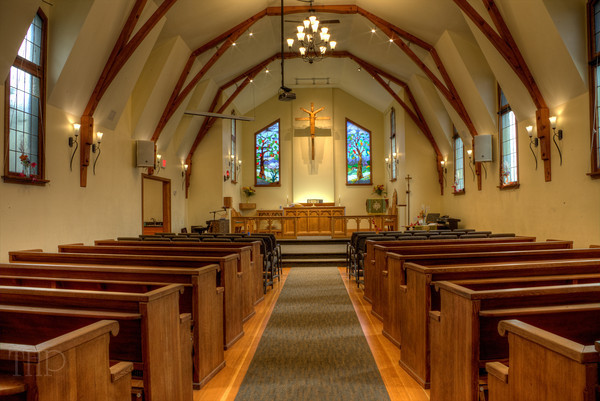 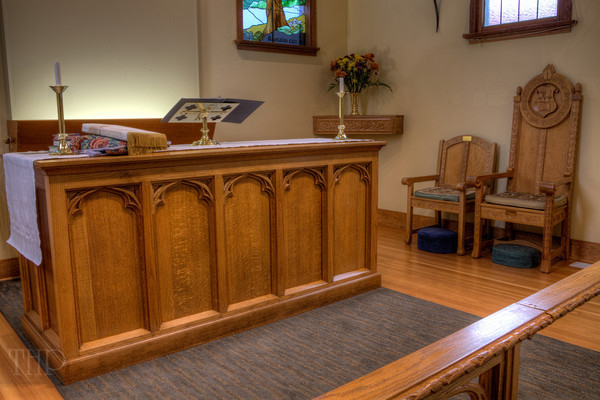 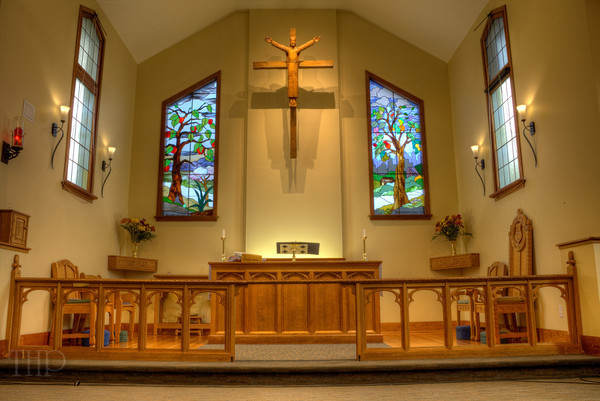 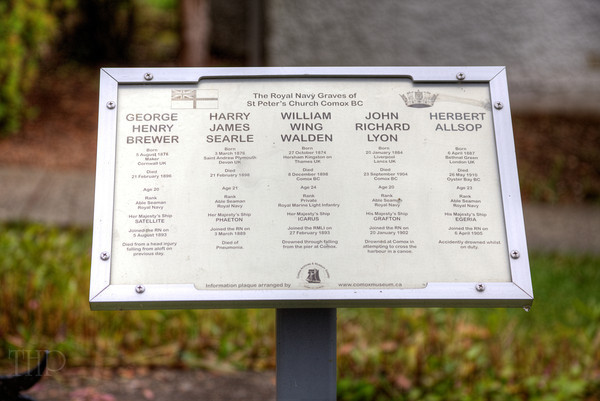 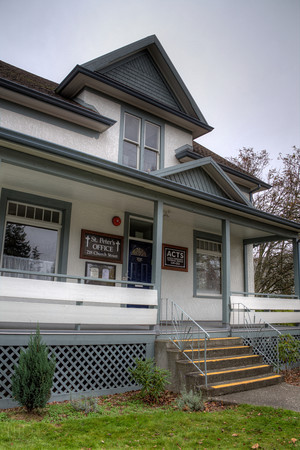 The parish of Comox originally included the whole of the Comox Valley – Comox, Sandwick, and Courtenay. Services were initially located at St. Andrew’s Mission at Sandwick. This district became a Parish officially in 1871, with The Rev’d Jules Xavier Willemar as the first minister.

The local parish of St Peter's, Comox was established in 1891 and the first St. Peter’s Church building was built towards the end of that year and completed in1893. Land had been donated by Mr. W.R. Robb with restrictions that the church be built immediately, the cost to be approximately $2,000.00. A donation to the building fund in the name of Dunsmuir was thought to be Robert Dunsmuir of Cumberland, Nanaimo and Victoria. The Church was completed at a cost of $2,218.00 and consecrated on June 10, 1893 with Mr. Willemar as the first incumbent.

During the next 48 years the parish geographical definition was centered in the Town of Comox and then expanded to include Point Holmes, Kye Bay, Little River and Seal Bay. In 1939 the parishioners decided that a larger and modern building was needed. The final service in the old church was held May 21, 1939, and demolition begun.

The foundation for the new (present) St. Peter’s Anglican Church at Comox was laid on the original site. Formal laying of the corner-stone took place Sept. 3, 1939. The first service in the new building was held Nov. 12, 1939, and the building consecrated Dec. 11, 1939.  The bell, white cross on the roof and the font are from the original St. Peter’s.

In the early 1950’s, when more room was needed a hall was built and named after Canon A.W. Corker. The hall has served the parish and the community well over the years.  Again in 1965, when more room was needed, the hall was extended at the rear of the building. It was named after a prominent Comox citizen and churchman, George Henry Ellis. This now houses the lending library as well as a pleasant “Fireside Lounge”.

In 2007, a restoration project of the church building was undertaken, completely removing the interior, right down to the original studs (and cob webs—though perhaps not original).  The wood floor, altar railing, and altar are still original to the church, and the blend of new and old is totally seamless.

Two stained glass windows in the sanctuary were designed and created by local stained-glass artist Kate Edwards. The left pane symbolizes the Garden of Eden, and the right pane is of New Jerusalem. The colors and intricate details in these pieces are extraordinary, bringing in joyful hues and tones into the heart of the church itself.

The cross hanging in the sanctuary has a wonderful significance.  Hand-crafted by Len Brighton, this terrific piece also includes a depiction of Jesus rising, and provides a bridge between the two stained glass windows.  The combination of images also serves as a symbol of hope.  The way the dramatic shadows play with the statue itself adds great depth to the picture, almost giving it a three-dimensional feel.

Outside, and just inside the garden rock wall sit five naval graves from the early times of when the community was settled.  These men all died in the area between 1895 and 1915 serving the community. Visitors are drawn to the memorial plaque, and often spend a few moments contemplating the lives these men led and the significance of their actions, with a distinct and almost palpable connection to the history here.

St. Peter’s Rectory was built at the turn of the 20th century and provided a home for successive rectors and their families through to the 1980s. For the past two decades the rectory has served as the offices for the Rector and Administrator, the home of our Unity Cupboard food bank, and meeting rooms for parish councils, committees, and Sunday School classrooms. Until 2014, the Africa Community Technical Service (ACTS) office occupied two top floor rooms, from which rural water supply, community health, and agricultural projects in Africa were coordinated. ACTS has relocated their offices to Yaletown, Vancouver. In 2020 the rectory was renovated and returned to its original function as a home for the rector.

Click here to see a collection of photos taken in 2018

Diane Ellis shared some photos and memories for our 130th anniversary

Subscribe to receive email updates with the latest news.