NEWS ALERT Diocese to continue to worship together online

A Tree and a Church 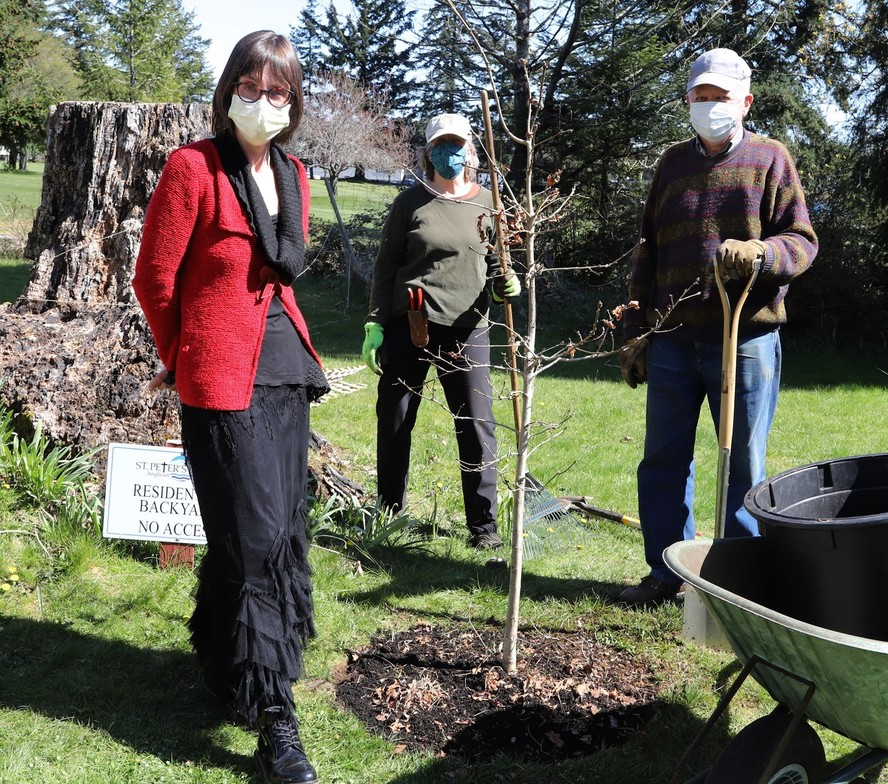 To mark this occasion, Bill Henderson and Karen Cummins, two members of Nature Comox Valley, a not-for-profit society dedicated to conserving these unique trees, planted a Garry oak in the church garden next to the giant stump of an ancient maple. The six year-old tree was a gift from Mr. Henderson, a retired architect and a member of the parish.

The similarity doesn’t end with longevity. The society’s motto is “to know Nature and to keep Nature worth knowing”. St Peter’s is “To know God the Father as revealed in His Son, Jesus Christ…and to make Him known..”

Pandemic restrictions permitting, St Peter’s will host on September 12 a “Home-Coming Celebration” to celebrate its 130th anniversary for the hundreds of families throughout the Valley whose lives have been touched at some point by this sanctuary in the heart of the town.

The Garry oak was an important part of food production for Indigenous nations on Vancouver Island. Their root systems nurture a fungal network in humus soils conducive to growing Camas lilies and native rhizomes that were cultivated by the Komox First Nation in the ancient Garry oaks meadow lands across the Comox valley. The Camas lily bulbs along with the acorns from the Garry oaks were harvested as a vital food source for thousands of years by the Southern Coastal Salish First Nations.

Intentional burning was practised to control invasive species so Garry oak forests flourished. But early British settlers did not understand the inter-species relationships and over time the island lost 90% of its Garry oaks.

Today, and for decades to come, a Garry oak will grow in the garden of St Peter’s, a tribute to the resilience of the church and a token of the reconciliation being sought between Indigenous and settler peoples of this island.

Thank you! Update from the youth forum Join Surprised by the Spirit

Pictures and Documents from the History of St. Peter's